Probably every person at least once in his life felt
state of “crunch”. Some may make these sounds with their fingers.
hands or knees with enviable consistency. If this phenomenon does not
accompanied by pain, swelling, restriction of movements, it
is the absolute norm.

About the causes of the crunch in the joints without pain, scientists argued a long
time. Now there is a unified theory of “cavitation cavities.”
The fact is that in the synovial fluid washing the joints,
dissolved large amounts of carbon dioxide. With excess or
sharp movements in the articular cavity formed areas with
various pressures resulting in dissolved carbon dioxide
it is grouped and forms a cavitational cavity – in fact, a large
gas bubble. The formation of such a cavity creates a feeling
click and crunch. It is a harmless process that does not lead to chronic
diseases. Its only minus is an annoying effect on
surrounding It is important to note that for the re-formation of such
bubbles take time – from a few minutes to half an hour to gas
managed to dissolve in the liquid. Therefore, if the crunch accompanies
literally every movement, it is worth thinking about his other
reasons.

Many parents pay attention to no extraneous sounds in their legs and
the hands of their little ones. They appear almost immediately after the start.
active, that is, still in infancy. In 99%
cases such sounds should not cause alarm. The thing is that
small children are inherently hyper mobile. Their cartilage is not yet
took shape to the end, but because of the movements there is a crash and
clicking. If it doesn’t cause pain to the baby and does not limit it
the desire to learn the world, then about the crunch in the joints of the child can
forget and not worry.

What conditions are accompanied by a crack in the joints?

Some features of the musculoskeletal system and disease
may result in crisp articular sounds. the main thing
the difference from the norm is the presence of other symptoms (pain, redness
and swelling, restriction of movement, stiffness).

Anomalies of the structure of the connective tissue

Probably everyone has seen in a circus or a big sport of people with
amazingly flexible body. During performances they literally
�”Twisted into a knot”, forcing the joints to bend to the limit.
In addition to hard training, they have another secret –
connective tissue hypermobility or dysplasia. Under this
An indefinite term hides a genetic syndrome, with
which joints and ligaments become very mobile and
stretching, hence the crunchy sounds in them. One side,
it gives a chance to show their talents. On the other – may threaten
some complications.

This is a relatively harmless ability to make movements with
large amplitude. This syndrome rarely leads to a decrease in
quality of life. Children with this feature are slightly more likely.
get sprains and strains, but otherwise they are no different
from peers. Therefore, a large amount of movement and crunch in the joints
relatively safe.

Signs of hypermobility in points:

Among the possible complications of the syndrome may be endocarditis,
mitral valve prolapse, problems with vision, lungs, posture.
Such children need to be examined by genetics and life
supervised by a doctor at least once a year.

By its nature, this syndrome is also genetic and
very similar in character to Marfan. There are several types
of this disease. Some of them almost do not reduce the quality of life,
manifesting itself only moving joints, gentle stretching skin
and a tendency to scarring. Some forms may be
dangerous because they contribute to breaking large vessels and internal
organs. Symptoms of the most common forms are similar to Marfan syndrome.
For diagnosis, you need a consultation genetics, ultrasound of the heart.

Many probably know the feeling when trying to get up in
a click is heard in the hip joint, a feeling arises
�”Jamming”. Such a sound appears if a part of the muscle or
The tendon rubs against the protruding part of the femur. In most
cases, such clicks are painless and harmless, although they may
annoy your regularity. Particularly prone to this scourge
people involved in dancing or sports that require frequent bending
feet.

Chronic, steadily progressive disease of the joints, with
where its degenerative changes occur, is called
osteoarthritis. It is based on “erasing” the articular cartilage with
subsequent bone changes and secondary inflammatory
processes in the surrounding tissues. These or other signs of arthrosis
found in almost 20% of people on the planet, and women are sick more often
men.

The main reason for such major changes is considered
the disparity between the load on the joint and its ability such
load withstand. Therefore, there is a greater risk of developing osteoarthritis.
people are obese, professional or domestic
physical exertion, injuries, and other diseases
connective tissue. Not the last role is played by age and
genetic predisposition. 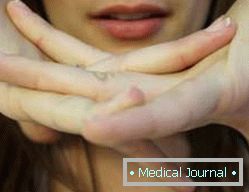 Pains при остеоартрозе могут быть различного характера. More often
altogether they are mechanical, i.e. they are intensified by the end of the day and
subside after sleep. If secondary inflammation occurs, then the pain
may intensify with movement, then subside and appear with
overload. Often the pain is due to
muscle spasm. Sometimes the pain radiates. For example, with coxarthrosis they
распространяются вниз, до колена (подробнее о причинах боли в
knee joint).

Over time, the gentle crunch grows coarse, and the pain intensifies and
are becoming more frequent. Occurs stiffness, restriction of movement. it
reduces the quality of life and can lead to disability.

For the diagnosis of the disease there are several criteria:

Cartilage changes in the spinal column (osteochondrosis) also
attributed to the group of arthrosis. In addition to pain and crunch in a certain
additional symptoms may be found in the spine. it
radicular syndrome (radiculitis), dysfunction of the pelvic organs
(problems with urination and defecation), dizziness and jumps
blood pressure (with cervical osteochondrosis). To the moment
appearances of clicks in the spine
there are quite a long time.

For the treatment of most types of osteoarthritis use
painkillers and anti-inflammatory drugs (Nise, Diclofenac,
Tramal), the introduction of glucocorticoids in the joint area, in the period
symptom relief – physiotherapy. Important
observe the regime of work and rest, as well as engage in medical
physical education to preserve the mobility of the joint. (Read more about
treating osteoarthritis of the hip joint and knee joint.)

The patella, or patella, is a small bone on
front of the knee. It is centered
attaching to the thigh and calf muscles. it позволяет усилить их тягу
and reduce the pressure on the joint.

Normally the patella is located in the center. Sometimes she
slightly shifted or even completely out of its box. it
condition is called unstable patella. Its cause may
become trauma, structural features of the legs and anomalies of the connective
tissue.

The doctor can confirm the diagnosis during the examination, sometimes it is required
x-rays Treatment of an unstable patella usually
conservative. Well help special exercises on
extension-flexion of the legs, bandages and orthoses.

Inflammation of tendons, or tendonitis, most often occurs in the area
shoulder joint, elbow, knee or ankle. More appropriate
use the term “tendinopathy”, as the lesion tendon
fibers are not always accompanied by inflammation.

A common symptom for all types of tendinitis is crepitus –
slight crunching when feeling the tendon, and sometimes when
movements. For the diagnosis using x-ray, ultrasound and MRI, especially
if there is a suspicion of injury. The treatment is rest, cooling.
ice for the first 2-3 days, anesthesia for NSAIDs and analgesics. In a number
cases helps physiotherapy and the use of corticosteroid
drugs.

It is believed that the crunch in the joints may be caused by deposition
in them salts, and that this condition is almost all
stepped over a 50-year milestone. it миф, не подкрепленный научными
data. There is only one type of joint disease with deposition in them.
salt crystals is gout (and pseudogout).

Defeat uric acid salts may be imperceptible, and may
flow violently, exhausting the patient with frequent gouty attacks.
The risk factors for this disease are obesity, hereditary
predisposition, kidney disease and gastronomic habits.

Gout begins with acute inflammation in the metatarsal phalanx
big toe. Slightly less often such an attack occurs in
ankle, fingers and knee. Within 8-12 hours the pain reaches
maximum, the joint reddens, swells up, becomes hot. Even
touch sheets (and the attack often occurs at night) causes
increased seizure. Over time, all symptoms subside until the new
gouty attack. In addition to pain, a crunch may occur.
joints and salt deposits in the eyelids and ear cartilage (so
called tophi).

For the diagnosis using tests for the level of uric acid (in
including in the periarticular fluid), X-ray or ultrasound of the joint,
MRI

The treatment of an acute attack of gout is performed with the help of NSAIDs.
(except aspirin) and corticosteroids. Chronic disease is treated
allopurinol, febuxostat, uricase. To control the state
must follow a diet. You need to avoid taking alcohol,
eating red meat, canned, sweet carbonated
drinks and coffee (read more about syndromes and treatment
gout).

How to get rid of the crunch without drugs?

Medical massage is useful for almost all problems with the joints.
Important помнить, что острое воспаление – это прямое противопоказание
to massage. And in chronic processes, stroking, kneading,
rubbing the legs and arms increases blood flow, relaxes muscles,
distributes the fluid inside the vessels. the main thing – обратиться за
help to a professional masseuse who knows why
the joints crunch so as not to aggravate their condition even more.

It is noted that obese people are more likely to suffer from arthrosis.
hip and knee joints, they are more likely to have gout.
Therefore, the normalization of weight, frequent fractional nutrition useful
products are necessary for health promotion.

The articular cavity in violation of its structure begins to actively
lose moisture The amount of synovial fluid decreases. therefore
sufficient water intake is necessary for the work of the patient
the joint. No need to dramatically increase the number of cups of tea or coffee – this
just hurt. It is enough to drink a glass of water in the morning, at night and
at meals.

Daily walks and exercise therapy are what you need for
treatment of crunch in the joints. If you add swimming to it,
That improvement will not take long. But before the introduction of new
exercises need to consult with your doctor, because
some movements may be contraindicated.

The effectiveness of treatment of folk remedies is not confirmed. AT
In most cases, improvements are due to the placebo effect, i.e.
based on self-persuasion. If this is not contraindicated, then
This therapy is quite suitable, because the main thing is the result.

When do I need to see a doctor?

ATсе вышеперечисленные патологические причины хруста суставов ног
and hands usually show themselves in other bright signs, not to notice
which is impossible. therefore если легкий треск не вызывает
discomfort and does not interfere with life, it is better to forget about question
�”Why do the bones crack?” And calm down. At the slightest suspicion of
the disease is best to consult with a therapist, orthopedist or
rheumatologist