In early June 2015, the report of the security agency
EU products have warned that in some products
food, namely in chips, french fries, coffee, biscuits, cookies
contains a heavy carcinogen – acrylamide, and as is known, and for a long time
proven, carcinogens are guilty in the development of oncology.

The report also notes that this carcinogen is also found in
baby food (especially containing potatoes). Since in children
low body weight – they first fall into the group of high
risk.

Where does this carcinogen in the listed products come from?

It’s simple, acrylamide is formed when roasting or baking.
on high temperature carbohydrate (starch-containing) products,
such as cereals (crackers, crispbread), potatoes (fries,
chips). That is, not only the notorious chips and french fries
accumulate carcinogen (they are champions in its content), but even
bread, pies, any cookies and coffee (since it is fried).

And long-term storage of these products (for example, if ready
store potatoes in the refrigerator) increases the content in them
sugar, which contributes to a further increase in the level of acrylamide.
Since from finished products to remove carcinogen in no way
it is impossible to either abandon them or minimize them
use.

In Canada, acrylamide is officially listed as a toxic substance.
in the USA there is an official guide for food companies
acrylamide reduction in products
European Union are going to bring this toxin into the official
list of hazardous substances: 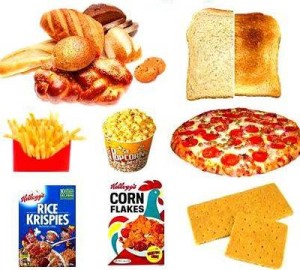 Research and findings of scientists

Acrylamide as a genotoxic substance, that is, damaging genes,
known for a long time. It is also known that it is contained in a cigarette
smoke, plastic containers, in small quantities into the water
(which is strictly controlled). But what acrylamide is contained in
food until 2002, no one guessed – says
Candidate of Chemical Sciences Peter Obraztsov.

And so scientists from the Stockholm University have determined that in
some products its content is 100 and even 1000 times higher
the maximum allowable concentration that is allowed to be allowed in
drinking water. It was a shock for the entire food industry,
since the list of such products, besides its famous
the harmfulness of chips and french fries, both familiar and popular
products – bread, all pastries, cereals, dry
breakfast, coffee.

For nearly half a year scientists solved the problem by definition, as he
formed in products? The first theory was – from starch,
since it is the starch-containing products that have the highest
content. But then it was established that it is formed in
as a result of the reaction of sugars and the amino acid asparagine
high temperature processing products.

Among the specialists, naturally, two camps were formed:

But in 2014, Danes scientists proved it very convincingly.
harm. They did not just interview women about nutrition, but also identified
the content of this carcinogen in their body. It turned out that
women who prefer the listed products with acrylamide:

There is also evidence that when it is used increases
risk:

Every year 8-10 thousand people in Germany get cancer
the reason for the accumulation of acrylamide in the body – says pharmacologist
Edgar Shemig (University of Cologne, Berlin) at a committee hearing
Bundestag Consumer Protection.

Until now, mutagenic and carcinogenic effects of acrylamide
It has been proven in animal experiments, and it’s clear that
for a person, the risk is also very high. It is clear that the more of this
substance enters the body throughout human life, the
higher risk of carcinogenic effects. Therefore, it is important to minimize
its formation in products by changing methods and recipes
cooking

What to do, how to reduce the consumption of products with
acrylamide?

If we cook at home

When we bake pies, cookies, fry potatoes, pancakes, pancakes,
fry meat on the grill or bake in the oven – this happens when
high temperature, contributing to the synthesis of acrylamide. Cut down
consumption of fried and baked dishes is not everything ready, taste habits
very difficult to change. But there is no other way out.

Increase the proportion of antioxidant products in your diet,
containing carotenoids. These are vegetables and fruits YELLOW, ORANGE,
RED color, this carotenoids give them such colors. Carotenoids
how powerful antioxidants protect the body against cancer and reduce the risk
cardiovascular pathologies.

Scientists from Purdue University found that if in vegetable
salads add boiled eggs – it boosts absorption
carotenoids. For example, the amount of carotenoids derived from
tomatoes, carrots, lettuce can be increased up to 9 times if
use them simultaneously with eggs.

What are European manufacturers trying to do to reduce
acrylamide in products?

Already developed many industrial manufacturing options
products that reduce the content of acrylamide in the finished
products:

For example, by reducing the temperature of the oil during cooking
industrial french fries can reduce content
acrylamide from 3500 mcg / kg to 500 mcg / kg. However research
European Food Standards Agency show that
the tendency to reduce the amount of acrylamide is observed, but it
ambiguous:

Unfortunately, most businesses even in Europe are still
hesitate and is not going to move on to new ones soon
production technologies that reduce the carcinogen content
products. What to say then about the Russian market …