Discovery of the ability of ultrasound to reflect differently from different by the density of structures, was made 200 years ago, but in pediatrics this diagnostic method has become popular since the middle 20th century.

Sometimes a sound is reflected as an echo, hence another name for the procedure – sonography. Yielding to cutting-edge techniques, ultrasound has its advantages:

Why do brain ultrasounds for infants? Research using the properties of sound vibrations is one of the most informative ways to study the structure of the head baby’s brain, on which both efficiency and terms of treatment. 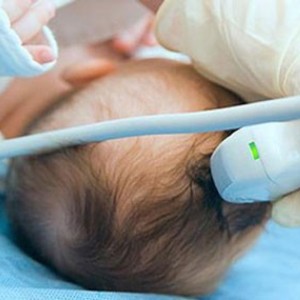 By examining the vessels and blood flow for ultrasound, you can identify the zone ischemia (circulatory failure), heart attack (cell damage due to poor blood flow).

Ultrasound is performed if there is no Moro reflex in the baby.

For babies, ultrasound plays a special role, since the fontanel ─ areas free of skull bones ─ remain on the head baby up to 1-1.5 years. Without craniotomy at this age, you can easy to penetrate through these “windows”, exploring information about the work brain. The size of the fontanel determines the possibilities of research areas of the brain.

A simple and affordable method gives the ability to use neurosonography in mass screening examination of babies for early detection of pathologies at work brain. In some hospitals, the procedure is performed for all newborns, but this method has not yet become mandatory.

Premature babies, as well as those born in difficult conditions, neurologists are sent for ultrasound. Why do babies do an ultrasound? brain, you can learn from Dr. Komarovsky.

Preparation for the NIS

Access to study the baby’s head is possible only through fontanel ─ membrane between the bones of the cranium, using which the fetus, advancing along the birth canal, adapts to anatomical features of the mother’s body. With increasing intracranial pressure excessive volume is discharged through fontanelles.

In a full-term baby at the time of birth, most fontanelles are overgrown with hard tissues, to the touch you can determine only the largest ─ normally soft, pulsating, located at the level of the bones of the skull, sometimes ─ also small.

In the first three months, while the fontanelles are available, an NSG is performed. On the decoding of the results does not affect the state of the child: he is sleeping or awake, crying or calm.

There is one limitation for vascular dopplerography. brain: the procedure is carried out 1.5 hours after a meal. In other special training cases are not needed. Where to do an ultrasound brain in infants?

You can check the address with your pediatrician, call medical center or use the electronic form round-the-clock appointment with the doctor on the website of the medical institution. Ultrasound if the infant bends its back and throws back the head. 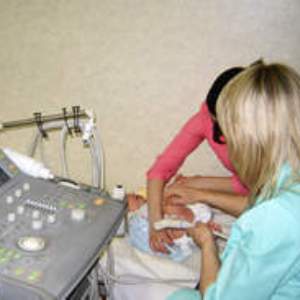 For newborn indications for compulsory ultrasound:

With the capricious behavior of the baby, constant spitting up, tearfulness, if not detected in other organs of the pathology, ultrasound of the head is prescribed. The effectiveness of the treatment of meningitis, encephalitis, genetic disorders, head injuries are monitored by ultrasound.

How is the procedure

Ultrasound is carried out through the fontanelles, if you need to study the structure of the back cranial cavity, then through the back of the head. Laying the baby on the couch at the temples (if there are still springs) and in the area of ​​a large spring install a sensor lubricated with a gel conductor.

Sometimes the neck area is also examined. By adjusting the position of the sensor, doctor examines the structure of the brain. Children do not feel pain the study lasts no more than 10 minutes.

Usually a sonometry of 12 indicators of the brain is performed. Measurements compared with standards, and the specialist gives an opinion on according to the ultrasound of the brain in the baby normal.

This is not a diagnosis yet, just a diagnostic tool neurologist. In case of serious deviations research (MRI, CT).

Decoding of the results of the NHA

After the study, the doctor decrypts and describes results. To do this, he has 12 regulatory criteria.

It estimates the size and contours of the ventricles (this helps diagnose rickets, hydrocephalus, and other pathologies). Then large vessels are being examined (this helps to identify cysts, hemorrhages).

Dimensions and contours of the cerebral ventricles

Normally, the type of ventricle is a cavity filled with cerebrospinal fluid. Ventricular dilatation may mean hydrocephalus ─ congestion in the cranium of the cerebrospinal liquids.

The disease is congenital and acquired. Reason for development there may be an intrauterine infection, defects in the development of the fetus, hemorrhage.

Children with this diagnosis have an increased head size, large fontanelles and a convex forehead.

This zone, filled with cerebrospinal fluid, is located between the soft and the arachnoid. Normally, the width should be a few millimeters. With an increase in this area, you can think about inflammation of the membranes after an injury or infection.

These neoplasms are seen on ultrasound even during pregnancy. They can develop in infants and in children of the second year of life. Cysts also occur in adults.

There is a pathology due to intrauterine infection, with conflict rhesus blood, oxygen deficiency, birth injuries, bleeding disorders. More common in premature babies.

Similar hemorrhages come in four degrees of difficulty. With this diagnosis, observation by a neurologist is necessary, since the consequences of self-medication are very dangerous.

Oxygen deficiency in ischemia can lead to nerve cell damage. Occurs after premature birth, when the lungs are not sufficiently developed by the time the baby is born.

When the brain is infected, there is a thickening and inflammation of it shells. The disease requires immediate treatment. 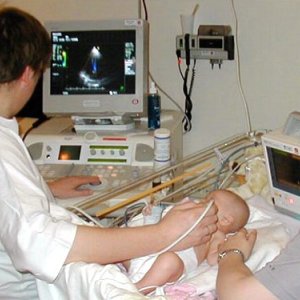 Voluminous neoplasms in the skull are rare, especially It is important to be constantly monitored by a neurologist.

With a significant number of “finds” it is worth consulting with a doctor about prescribing a baby vitamin D to help rapid overgrowth of fontanelles. With increased intracranial pressure is not useful.

Consultations in such cases require a deadline or a complete refusal vaccinations. With closed springs, transcranial ultrasound is performed, less informative than nsg.

MRI can give a clearer picture of the disease, but it’s mandatory general anesthesia for the baby is not always justified. Ultrasound head price the brain in the baby can be in the range of 1300 – 3800 rubles. The cost depends on the region where the survey is carried out: for Moscow it is 1600 rubles. and above, ultrasound of the brain in infants in St. Petersburg ─ from 1000 rubles.

On subject forums, parents are examined satisfied. Only the conclusions of the sonologists scare them.

But timely diagnosis significantly increases the chances of recovery, because the brain of a baby in its first year of life immature, and the body’s capabilities at this age are great. To parents you need to study the list of indications in order to understand that the inexplicable crying, whims, trembling, convulsions ─ harmless “little things”, indicating a pathology that is difficult to detect with age and does not less difficult to treat.