To the question: how many patients with oncology are in our country and for
abroad, meets Academician Andrei Kaprin, Director General of the FSBI
�”National Medical Research Center of Radiology”
Ministry of Health of Russia:

Worldwide, the incidence of oncology is increasing by an average of 1.5%
in year. And over the past 10 years, the figure has grown by 20.4%.

The most recent data on the number of patients per 100 thousand population only
for 2012 according to the International Agency for the Study of
cancer: 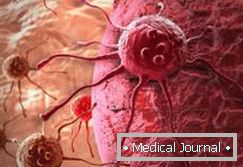 Standardized cancer mortality rate in Russia
roughly comparable to the figures in the EU and the USA. See how not to die
from cancer.