Herbal extracts have been used in cooking for many years.
food, medicine and pharmaceuticals: based on them they make aroma oils and
medication. Components from oils derived from flowers, leaves and
cortex, called monoterpenes.

Monoterpenes are capable of capturing ROS (active forms
oxygen) in the body. These molecules are a product of metabolism.
oxygen and play a crucial role in signal and other
biological processes. It is also noted that during times of stress,
which includes the effects of ionizing radiation during treatment
cancer, the level of ROS may increase significantly, in which case
molecules have a toxic effect on the body. Surplus AFC
able to cause changes in DNA and lead to the death of healthy
cells. The study found that radiation is less
harms the body under the influence of monoterpenes.

Experts studied the effects of thymol, linalool and menthol,
using mouse lymphoma cells to track changes
proliferation under the influence of treatment one of these
monoterpenes: 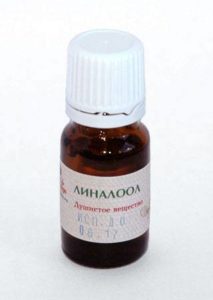 Monoterpenes are low toxic and may form the basis of new drugs.
to fight cancer. Work in this direction will continue.