The magazine “Personality and Individual Differences” in December 2016
of the year published an article on one of the new works of American
scientists. Her main conclusion was as follows: if from a pure heart
thank others even for some minor good deeds then
you can look at your life in a completely different way.

For evidence, researchers have found 352
man of both sexes, willing to work with them. On average they are
had an age of about 24 years. For the experiment it took
drawing up a detailed individual psychological profile for
each subject. Therefore, 352 participants filled out all sorts of
questionnaires with questions about their character, personality traits, relationships
with other people, long-term habits in communication. 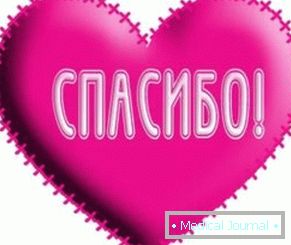 According to the obtained psychological type of personality, the researchers
could tell how much a person might be exposed
depressive states, how easily he copes with stressful
exposure to what extent is open to communication and expression
inner experiences.

According to the results of the work of scientists, it turned out that the propensity to
depression is higher for those who are afraid to demonstrate in their lives
genuine emotions and sincerely share experiences. And if
such a person begins to willingly thank others, it is during
helps in many ways to “open up”, to be easier to communicate and not
focus on the negative points.

American researchers also point to the essence of the mechanism
which is the manifestation of such an effect. The usual “thank you” and
smile to the interlocutor eliminate the feeling of anxiety in people
make them more adapted in society, make them feel
himself his full part.