Not so long ago, unexpected results were made public.
research conducted by scientists of the Valencia Institute
studying fertility problems, and Stanford
university.

It turns out that a surrogate mother when carrying another child,
able to influence him at the genetic level. how
it turned out the fetus is exposed to serious molecules
secreted by the uterus (miRNA), which can determine the nature of
future child and even affect its external data.

Infertile women who cannot conceive a child naturally
by, can solve this problem in different ways:

Over the years, women have preferred the method of carrying
baby “from the tube” in the hope that the period of pregnancy and childbirth
a genetically alien child will bring her close to him. how показали
numerous cases, mommies, watching the development of children,
noted their external and behavioral similarities with non-relatives, in fact,
parents. 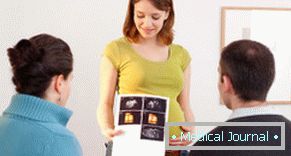 It is known that the initial stage of embryo implantation
involves its attachment to the wall of the uterus with further
development that regulates the mucous membrane and amniotic
water.

Considering this factor and conducting relevant research,
a group of american and spanish researchers led by
high-class doctors Felipe Viella and Carlos Simon did
assumption about the effects of miRNAs that are in the mucous
sheath of the uterus on the embryo.

From the findings of scientists it follows that the epithelium of the uterus contains 6 out of 27
specific maternal miRNAs that are present at the stage
embryo attachments and then they move into the amniotic
water, having a further impact on the fetus. According to doctors,
the mother’s body takes on the function of the regulator of fetal development with
changing the expression of various genes. In simple terms,
it is the expectant mother who is the determining factor for inclusion or
turn off those or other genes of the unborn child.

The findings of scientists refute the view that the surrogate mother
It is exclusively an incubator for carrying a child and
does not affect its genetic component. After such a statement
Researchers have emerged a number of ethical questions that
may occur in countries where surrogate motherhood
allowed by law.