Sixteenth week of pregnancy – truly happy period for the expectant mother. For most women, normal carrying a child, toxicosis was only an unpleasant memory, the appetite improved, and the emotional state leveled off.

The development and growth of the fetus is in full swing, the baby can already remind you of your existence – mom begins to feel like he stirs. 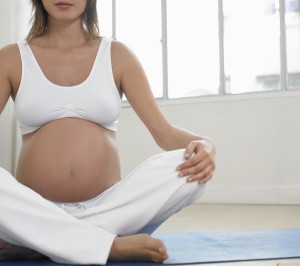 The baby in the womb has grown significantly: length his body is 10-16 cm, and he weighs about 80-120 g. Extremities lengthen and become more proportional to the body and head.

During the ultrasound, an experienced doctor can already determine whether a girl or expect a boy to expect parents, since by the end of the 15th week formation of the external genitalia ends.

The skin of the fetus is so thin that through it blood vessels of the circulatory system are visible. Protect internal organs helps lubrication of a special composition and lanugo – fluff, covering the whole body of the unborn baby.

The endocrine and nervous system is actively developing: the pituitary gland begins to produce hormones, and the neurons produced in huge amount, make the limbs move in response to irritation.

The liver is responsible for the digestive functions at this time, but also stomach and intestines (it lengthened and wrapped in loops) already started their work. Urination is established.

At sixteenth week, the composition of the blood is almost complete coincides with the usual, “adult”, so there is already an opportunity determine the blood type and Rh factor of the future baby.

Bones gain strength, joints form, which allows the fetus to hold its head and turn it, squeeze and unclench fingers, nails appear on them. The fetus already has a “face” – mouth, eyes, eyebrows, cilia, ears, nose begins to take shape. The future baby can grimace: squint, wrinkle, to smile.

The second trimester of a prosperous pregnancy, which starts from the 16th week, promises the woman truly paradise Feel. The child is growing intensively, and with it the tummy takes a nice rounded shape, increases slightly in sizes.

The chest can also become larger. In some pregnant skin pigmentation appears – a darkened vertical line below abdomen, from the navel to the pubic bone, spots on the face.

Excessive melanin production causing these browning comes normal after childbirth, so worry about pigmentation stains are not necessary.

Baby gives the first signals about himself with the help of rare and weak the movements that the expectant mother, for the first time carrying a baby, can first mistaken for gas movements in the intestines. More often first women with experience already feel the movement for a 16-week period motherhood, in primiparas, this moment may come a little later – after 2-3 weeks.

Due to the increase in fetal mass and size of the uterus, a woman may start worrying about pain in the lumbar spine. it caused by a shift in the center of gravity, so it’s better during this period abandon high heels, carry heavy bags, walk on significant distances without the ability to rest.

The same reason can cause constipation. They arise due to unbalanced nutrition or due to small physical activity. Enough to include more fiber-containing foods and also accustom yourself daily walk and perform a complex of gentle physical exercises.

Many expectant mothers have to literally hold back yourself at the table while eating – “brutal” appetite, appeared recently, encourages you to eat a lot and tasty. It is a mistake to assume that this is required by the child in the womb, he enough of the amount of food that mom used to consume in day.

Overeating will not bring any benefit: if “eat for two”, then after childbirth it is necessary to get rid not only of naturally formed fat folds on the abdomen, but also from excess kilograms in other, “problem” zones.

Emotions gradually stabilize, anxiety for themselves and the child leaves, giving way to a calm expectation.

Pregnant, getting rid of the toxicosis that bothered her before, breast tenderness, begins to realize that developing inside her a new life is not a heavy burden, but a gift of fate. Him you need to take care, taking care of yourself and trying to accept what is happening with changes in the body, both natural and quite pleasant.

If in the previous few weeks the intimate life of the spouses almost ceased to please both due to poor health wife or risk of miscarriage, then, starting at 16 weeks worth resume sexual relations.

During this period, sex can be as vibrant and exciting as as in the honeymoon – previously unknown sensations, and a man may experience unprecedented delight from joys with a pregnant wife. The main thing is not to happen no pressure on the belly of the expectant mother.

In addition to the analysis of urine that has become habitual for a future mother, measuring pressure and weight gain, listening to a heartbeat the baby in the womb, at the 16th week, the doctor recommends complex blood test – the so-called “triple” test.

It includes determining the levels of hCG (chorionic human gonadotropin), AFP (alpha-fetoprotein) and free estriol. Prenatal risk assessment test scores will allow Doctors find out whether or not there are abnormalities in the development of the fetus on genetic level (for example, you can learn about the high probability risk of Down syndrome).

Sometimes a “triple” blood test a woman is asked to pass again in a few weeks.

An ultrasound can be prescribed by a doctor with identifying the risk of developing genetic diseases. When a normal pregnancy, you can go on an ultrasound to find out the sex of the future baby, observe the activity of the fetus, its the size, symmetry of the development of the arms and legs, condition internal organs.

According to statistics, the threat of premature abortion in the second trimester is minimal, therefore a woman can be relatively calm about preserving the fetus in the womb.

Constant, ongoing pain in the lower abdomen, a change in the nature and amount of vaginal discharge, bleeding.

In the norm, the discharge in a pregnant woman at the 16th week is slightly more more abundant than before, whitish in color, not accompanied by any itching, no burning, no pain. If the nature of the discharge has changed (they become lumpy, with blisters, greenish or gray, with pungent smell, with mucus), you need to contact a gynecologist – most likely, an infection develops in the vagina, and it is required cure.

If the discharge turns brown or bloody, hike in women’s consultation cannot be postponed in any way, since such the nature of the discharge, as well as bleeding and sharp pains in the lower abdomen may be signs of a miscarriage.

It is important to monitor the work of the kidneys – in the second trimester elevated progesterone levels can trigger development pyelonephritis, which can lead to premature interruption pregnancy.

The first signs of poor kidney function are swelling limbs. To avoid this problem, you should consume enough liquid (it is better if it is non-carbonated drinking water, not coffee, tea and carbonated drinks), limit or even exclude salty foods from the diet (this applies not only smoked meats, pickles, but also semi-finished products, and fast food), constantly keep your weight under control.

At the beginning of the second trimester of pregnancy, it is desirable worry about the prevention of colds. Improve the immune system will help vitamins, walks on fresh air, cleanliness in the house, a sufficient amount of vegetables and fruit in the diet, hardening measures – airing rooms, shower with a change in water temperature by several degrees (not contrasting!), wiping with a damp towel.

During influenza epidemics, when going outside should be worn respiratory protective dressing to prevent infection.

It should be remembered that the products that make up expectant mother’s daily menu should be fresh, nutritious, useful.

Fans of Japanese cuisine should temporarily forget about their favorite sushi and rolls, as in fish and seafood not exposed heat treated, may be harmful to the body maternal and child pathogens of intestinal infections. The same goes for lovers of steaks, low-fry, fresh milk.

The best friends of a pregnant woman should be cereals, soups, juices, fruits, vegetables, boiled meat and fish, a large number (at least 2 l) water. Even if the gynecologist at the next appointment found an increase more than 3 kg in weight (which is the norm at week 16) and recommended changing the approach to nutrition, in no case apply therapeutic fasting and strict diets – the benefits of this are not will be neither mom nor baby.

During this period, a full and restful sleep turns for a woman expecting a baby in urgent need. Is not says that a pregnant woman should spend all her free time in bed, but sleep at least 8-9 hours a day is mandatory. 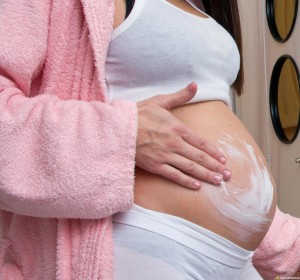 You can’t sleep on your stomach anymore – after all pressure on this area can adversely affect fetal condition. Back position during sleep is also recommended. exclude, because this reduces the flow of blood to the vessels unborn baby. The optimal position is on the side.

A healthy habit for a pregnant woman should be walks. It is advisable that the route does not go through busy the streets along crowded roads. Good to walk around parks, alleys, where the air is really fresh.

By week 16, it’s time to worry about getting comfortable clothes and shoes. It is better to prefer shoes at low heels, loose, non-restrictive clothing made from natural materials.

A growing tummy is a reason to buy trousers and skirts with a special insert, the sizes of which can be adjusted as you increase the abdomen.