My daughter is already 1.5 years old, and it seems that recently
came from the hospital. Then I was an inexperienced young mom and in
care for her made mistakes. 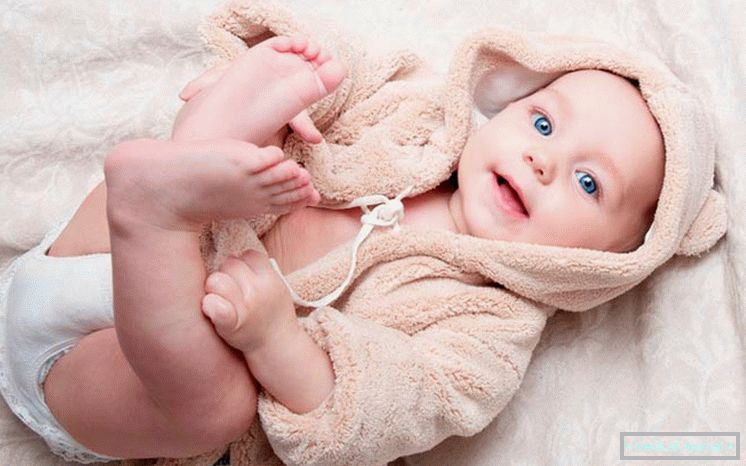 Consider some of the mistakes in the care of babies:
muffle warmer; do not change the position of the baby during sleep; think that
diaper rash from diapers; do not talk to the baby; when
bathe, afraid to give swim in the bathroom and others.

You are not frozen, baby?

In the first months it often seemed to me that my daughter was freezing. I
touched her hands and they were cool. Wore in the apartment and on
the street is warmer. Mom said I was doing everything right. If on top
one more blouse, baby definitely won’t freeze.

Once I called a neighbor to work as a pediatrician.
She was indignant that the apartment is warm, I don’t wear a hat, but on
little girl pulled.

I ответила, что час назад купала дочь, потому и надела шапку. But
the neighbor did not back down and said that it was quite warm and the cap was not
need She told me that during the time of perestroika she was also young
Mommy and her little boy wore a hat, but then the apartment was
+16 C (often turned off the heating), and from the slots on the windows constantly
strong blow

The neighbor left, and I became thoughtful. After all, my mother told me how
было холодно, when растила меня в общежитии, а у нас в квартире
+22 C and in plastic windows there are no cracks, and therefore drafts.
I decided that tomorrow I will not crush the baby. Now I harden her. In winter
she runs barefoot in my panties.

My daughter was so tiny that I was afraid to touch her and once more
turn over. It turns out that you definitely need to change the position
baby, so as not to deform the skull. When the baby is awake,
turn it over after some time on its side, then on its back, on
the other side.

By the way! Even in the reject department
maternity hospital is supposed to turn infants every 3 or 4 hours with
side to side. Such an instruction until they learn to roll over.
yourself.

Walking on the playground with the baby I heard that many children
diaper rash occurs. Mommies complained about diapers. Use
they are correct and everything will be fine. Change every 3 hours. After
defecation change the diaper is a must.

What shall we talk about?

Bathing in the bath

When the baby was 1 month old, the godfather gave me an inflatable circle,
where the child can swim in the spacious bathroom. I думала, что
such swimming can be dangerous for the daughter and hid the circle
in the chest. I decided that I will read on the Internet whether it is possible to swim like this
newborn and call a pediatrician, consult.

Вспомнила о надувном круге, when дочери исполнилось 5 мес.
A pediatrician approved such a bath in a large bathroom, but said that
делать это нужно было раньше, when ребенку было 1-2 месяца.

I put my inflatable circle on my daughter and tried to teach her how to swim, but
she could not swim. She is big and strong, pushing off from
bottom and dived upside down like a dolphin.

Вот так из-за страхов я ошибалась, when росла моя
daughter. Dear readers, share how wrong you are when courting
for the baby?

Newborn care 0
In matters of childcare, a special place is occupied by the topic. care of

Newborn care 0
What should parents do with a long-time healing weeping umbilical wound of a newborn?

Newborn care 0
Time is running fast and your baby is growing by leaps and bounds. for

Newborn care 0
Moms who have given birth to their first child are sometimes in terrible confusion:

Newborn care 0
Bathing a baby is not only and not just a hygienic procedure. It gives

Newborn care 0
Any adult is well aware of the purpose мы чистим teeth и почему делаем
Leave a Reply Cancel reply
Recent Posts
Categories
Recent Comments
Archives
This site uses cookies to store data. By continuing to use the site, you consent to work with these files.