This article discusses the hyper-excitability syndrome in infants, its clinical manifestations and methods are also given treatment.

It will be useful for parents to familiarize themselves with this information. faced with increased nervous excitability in his child, they will be able to find out what factors could trigger development syndrome, and, most importantly, how to get rid of this condition. The article will also be informative for women in position that are only awaiting the birth of their baby.

Over-excitability syndrome in infants (otherwise referred to as syndrome of increased neuro-reflex excitability) is a complex of pathological symptoms that occur in children, which have a mild form of perinatal nerve damage system. This pathological phenomenon is detected in 42-44% of all babies when the baby is shaking hands and feet.

Neurologists from different countries have a slightly different attitude to this. phenomenon. For example, specialists from Russia tend to consider hyperactivity only as a pathology, and abroad their colleagues believe that hyperactivity is just borderline a condition for which a special one is not always necessary treatment.

But, despite this, according to observational data, case of an unfavorable course of this pathology, in the absence of proper and timely therapy in the future may develop more serious neurological pathologies.

Hyper-excitability in babies may develop due to a number of reasons. For the most part, birth injuries result in it, as well as severe pregnancy.

Strong influence on the brain activity of the newborn and the state of his nervous system is exerted by various infectious diseases suffered by a woman during pregnancy or the baby in the first month of his life. To adverse factors provoking the development of hyperactivity in infants, rapid childbirth, constant severe stress in pregnant women, frequent unrest and severe toxicosis.

Symptoms typical of the syndrome begin to appear already in early life of the baby. The main clinical symptoms include strong neuropsychic irritability, somatovegetative disorders as well as exhaustion.

In children who suffer from hyperactivity, it can be noted the presence of the following symptoms: 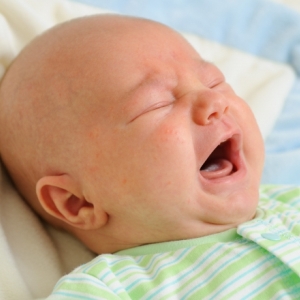 Despite receiving proper care and nutrition, children tend to behave uneasily, they very often cry for no apparent reason. When the baby screams he may have some vegetative reactions, and exactly:

Such babies tend to take their breasts poorly during feeding. interrupted, they have a pronounced tendency to strong regurgitation, as well as disorders of the gastrointestinal a path (locks alternate with diarrhea). Poor weight gain body.

There are still such typical signs that indicate hyper excitability in newborns:

In children with a similar pathology, rapid motor, emotional and sensory reactions to various external incentives that fade away as quickly as they appear. So thus, increased mental exhaustion is manifested.

In premature babies, the disease is a reflection the threshold of convulsive readiness, these children begin very easily convulsions (due to hyperthermia, exposure to strong irritants and the like).

With a favorable course of pathology, the severity of its symptoms in most cases, decreases from 4 to 6 months, and by year disappears completely.

In the case of an unfavorable course over time, it can be noted the presence of a slight lag in speech and psychomotor development, pronounced activity, encopresis, enuresis, nerve tics, stuttering, anxiety disorders, parasomnia, and also epilepsy. For the second options need special treatment.

Hyperactivity is not a sentence. Parents of this the child needs to be especially patient and attentive to his child.

In no case should pathology be allowed to gravity! Treatment should be started as soon as an accurate diagnosis was made. Should see a doctor to a neurologist or osteopath.

It is impossible to get rid of hyper-excitability with the help of one medicines. Medications only help eliminate some of consequences of the syndrome, namely: increased nervousness, anxiety and fear (usually use glycinic acid and vitamins). Why the infant bends its back and throws its head back.

Read here when brain NSG is required. baby.Although there are cases when, with the help of a whole pair sessions of osteopathy (which consists in using special manual techniques) increased excitability was gone forever. On osteopathy specialist in a neat and painless session restores normal blood supply to the brain, thanks to which it resumes full functionality.

Also an important role in the process get rid of this pathological condition play parents themselves. They need to learn the basics of children’s massage, as well as therapeutic exercises.

Do not forget that all these procedures are necessary perform with a positive attitude and faith in the result. Negative emotions can only worsen existing position. 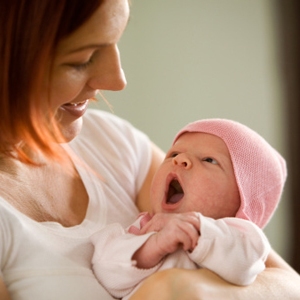 In addition to everything described Herbal medicine and aromatherapy are widely used above. Everyone can day to do the child relaxing baths before going to bed, in water is added with a decoction of chamomile or lavender, salt with a soothing exposure and other similar substances.

However, you need to be careful and make sure that the child does not allergic reactions appeared. It is also important to observe the correct daily regime.

Pay attention to the fact that with hyper-excitability subsequently, the socialization of children is violated, aggression is growing, therefore, it is imperative to identify the problem in time and begin to engage her competent treatment under the supervision of a specialist. Treatment will require a certain amount of time, but if you follow all the instructions doctors, you can achieve a full recovery.