Hemolytic anemia is an independent disease.
blood or pathological condition of the body in which
destruction of circulating red blood cells occurs
various mechanisms.

In normal operation, the natural breakdown of red blood cells
observed after 3 – 4 months from the moment of their birth. With
hemolytic anemia, the decay process is greatly accelerated and
makes only 12 – 14 days. This article will talk about the reasons
of this disease and the treatment of this difficult disease.

What is hemolytic anemia

Hemolytic anemia is anemia due to impaired
life cycle of red blood cells, namely the predominance of their processes
destruction (erythrocytolysis) over the formation and maturation
(erythropoiesis). Erythrocytes – the most numerous
a variety of human blood cells.

The main function of red blood cells is the transport of oxygen and oxide
carbon. The composition of these cells includes hemoglobin – protein
involved in metabolic processes.

Erythrocytes in humans function in the blood for a maximum of 120 days, in
average 60-90 days. Aging of red blood cells is associated with a decrease in
the formation of ATP in the erythrocyte during glucose metabolism
in this blood cell

The destruction of red blood cells occurs constantly and is called –
hemolysis. The released hemoglobin breaks down into heme and globin.
Globin is a protein that returns to the red bone marrow and serves
material to build new red blood cells, and is separated from the heme
iron (also reused) and indirect bilirubin.

To determine the content of red blood cells, you can use a blood test,
which is performed during routine medical checks.

According to world statistics, in the structure of morbidity among
blood pathologies, the share of hemolytic conditions is not
less than 5%, of which hereditary hemolytic types prevail
anemia.

Hemolytic anemias are classified as congenital and
acquired.

Currently, there are four subtypes of the disease:

Occurs at any age. The disease develops
gradually, but sometimes begins with an acute hemolytic crisis.
Patient complaints are usually the same as in congenital form and are related
mainly with increasing anemia.

Unlike hereditary, acquired hemolytic anemias
develop in a healthy body due to exposure to red blood cells
any external reasons: 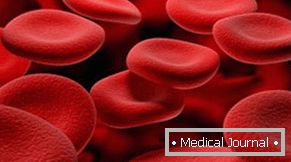 Hemolytic anemias are congenital and acquired, and in
half of the cases – idiopathic, that is, having an unclear
origin when doctors cannot determine the exact cause
development of the disease.

Factors provoking the development of hemolytic anemia,
quite a lot:

Symptoms of hemolytic anemia in adults

The symptomatology of the disease is quite extensive and depends largely on
причины, вызвавшей ту или иную разновидность гемолитической anemia.
The disease can occur only during periods of crises, and outside
exacerbations do not show themselves.

Withзнаки гемолитической анемии возникают только тогда, когда
there is a clear imbalance between the proliferation of blood cells
erythrocyte series and the destruction of red blood cells in the flow
circulating blood, while the bone marrow compensatory function
brain depleted.

Classic symptoms of hemolytic anemia develop only
during intracellular hemolysis of erythrocytes and presented
anemic, icteric syndromes and splenomegaly.

For hemolytic anemia (sickle, autoimmune,
nonferferrate and others) are characterized by the following symptoms:

Other symptoms of hemolytic anemia:

Hemolytic anemia – a group of different diseases in terms of
its nature, but united by a single symptom – hemolysis
red blood cells.  Hemolysis (their damage) occurs in important
organs: liver, spleen and medulla of bones.

The first symptoms of anemia are not specific and often remain without
attention. Child fatigue, irritability,
crying write off on the load, extra emotion or
features of character.

The course and prognosis depend on the form and severity of the disease, on
timeliness and correctness of treatment, on the degree of immunological
failure.

Hemolytic anemia may be complicated by an anemic coma. Also
sometimes added to the overall clinical picture:

In some patients, a sharp deterioration in the condition causes cold.
It is clear that such people are recommended to stay in
warmer 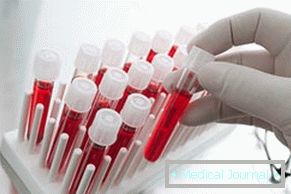 Determination of the form of hemolytic anemia based on analysis
causes, symptoms and objective data is the responsibility of
hematologist.

What tests need to pass?

Comprehensive diagnosis of hemolytic anemia will include the following
research of the affected body:

Different forms of hemolytic anemia have their own characteristics and
treatment approaches.

The forecast depends on the cause and severity
diseases.

Any hemolytic anemia that has been started
untimely – a difficult problem. It is unacceptable to try to cope
with her own. Her treatment should be comprehensive and
appointed exclusively by a qualified technician on
based on a thorough examination of the patient.

The only possible way to prevent the development of anemia –
maintaining a healthy lifestyle, timely treatment and
prevention of other diseases.