Scientists at New York and Pennsylvania Universities have discovered
anatomical formation, which can be considered a separate organ.
Speech about the cavities connected among themselves and filled with liquid.
Previously, they were considered dense connective tissue.

The object of the study was a previously unknown system
communicating cavities with fluid located under the skin.
Similar cavities lined the intestines, lungs, urinary
the system, as well as the arteries, veins and fascia surrounding these organs.
Prior to the current study, it was thought to be connective tissue.
However, these cavities, according to scientists, play an important role in
the functioning of many organs and the development of a number of diseases.

How are tissues usually examined under a microscope? Thin cut
A tissue sample is processed with chemicals and stained.
This method allows you to accurately assess the structure of cells, but the liquid
this is completely removed. 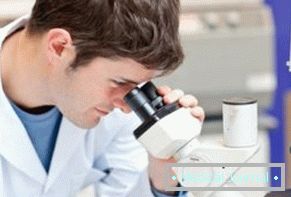 The fact that in the tissues previously
considered to be connecting, there is a liquid, scientists have learned by chance,
using confocal laser endomicroscopy technology.
This method allows to obtain images of living tissue with
microscopic accuracy.

The cavities studied are composed of collagen and elastin fibers and
perform the role of a kind of “airbags”: warn
fabrics from tears that are possible against the background of normal movement
vessels, organs and muscles.

Inside the system there is a constant movement of fluid
possibly associated with the mechanism of spreading cancers
tumors. From the cavities the fluid enters the lymphatic system,
those. cavities are the source of lymph. Detected system cells
change with age, so they can influence
wrinkles, loss of limb flexibility, development
sclerotic, fibrous and inflammatory processes.

The value of the data obtained is enormous. Interstitial fluid
(which is located inside the cavities) can be used to
diagnostics and obtaining new data on the functioning of the organism.
The detected system can be called a separate body, one of
the largest in the body – slightly less than half of all body fluid
is located inside these cavities.