Many career women who hope that they can endure and
give birth to a child at a later date due to freezing of the egg
– deeply mistaken.

For example, in the UK in 2009, 250 women
took advantage of this opportunity, and in 2012 this procedure
held 580 women. According to statistics, the average age of the first
maternity women in Europe is 31 years old and with the number of “late
Mom is constantly increasing. Most women really hope
that cryopreservation of germ cells will insure them against infertility in
more mature age when ovarian function dies away. They
confident that this is a guarantee of successful conception in the future.

However, this error was completely rejected by experts from the Royal
College of Obstetrics. For the period 1991-2012 in the UK
253 IVF cycles were carried out, in which
frozen eggs, of which only 21 have ended
child birth. That is, the effectiveness of such a procedure is
8%, the remaining 92% – unsuccessful embryo implantation and early
miscarriages The reasons for this are many: 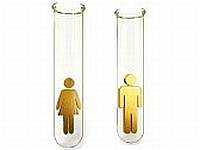 Any doctor knows that for successful conception and flow
pregnancy is not enough only the presence of a full-fledged egg. To
conception happened, the woman was able to endure and give birth to a HEALTHY
child’s health should be strong enough because
during pregnancy, immunity decreases physiologically and hidden
infections, the presence of chronic diseases in the mother may affect
during pregnancy and baby health. Over the years man is not
becoming healthier, hence the low success rate
fertilization and gestation after IVF in women of mature
age

Doctors around the world are sounding the alarm about a catastrophic increase in the number
children suffering from congenital malformations, various disorders of the central nervous system,
Cerebral palsy, autism, Down syndrome, oncology that indirectly or
directly related to the state of general maternal health during
gestation and at the time of conception.

Today, women by the age of 35 have a lot of chronic
diseases, many suffer from allergies (which indicates a failure in
immunity), gynecological diseases, metabolic disorders
substances, etc., and even progressive technologies are powerless,
when health is already lost.

And carrying out IVF with a full egg in the late
age may not help to know the happiness of motherhood due to
weakened female health. In a pinch, you can
use the services of a surrogate mother, but this is associated with
certain difficulties financially and psychologically.
It was always believed that the best child-bearing age is 22-26
years, it is relevant now – everything should be done on time.