Uppsala University (Sweden) surprised the public
the result of his new experiment. It turned out that mortality
from diseases of the cardiovascular system in people owning
four-legged friend, lower than those who do not keep dogs. Magazine
�Scientific Reports became interested in this issue and published
results in the next issue.

Swedish scientists don’t have much difficulty finding
information about the subjects. The fact is that absolutely every
Swedish citizen has an identification number. On it you can
easily find a lot of information about a citizen, including
case history. Created a special database of numbers in which
entered information about all pets. Researchers
have free access to the database resources since 2001.

Swedish experts tried to compare the information that
Is the presence of a dog in a house for people with cardiovascular disease?
pathology and the causes of their death. It has been proven that there is
significant correlation between the decrease in mortality and
furry friends. 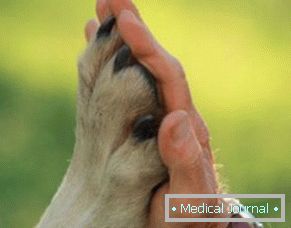 The experiment involved more than 3.4 million Swedish
citizens, age range – 40-80 years. To reach like
the number of people scientists analyzed seven information
human bases and two bases of four-legged friends with their masters.
Uppsala University found that over the past 12 years the level
total mortality in dog owners was lower than in
�”Free” from pet people. Interestingly, the death rate was not
only diseases of the heart and blood vessels, but also other pathologies.

Single citizens included in the list of sudden risk groups
cardiac death, particularly vividly demonstrated this relationship.
In cases where a single person lived with a dog, the probability
death rate has decreased many times. Experts believe that
the dog eventually becomes a real member of the family,
making its own beneficial psychological impact. In comparison with
lonely people without a pet lonely people who owned dogs died
less often on average by 33% among the entire population and by 11% among patients
heart disease. A feature was the brightest
The positive effect of hunting dogs.

The Swedes tried to put forward many theories to explain
obtained results:

But there is another explanation for the clarified relationship:
Obviously healthier Swedes could get dogs. Research in
this area is not over yet.