Continuous use of contact lenses contributes to change
natural microflora of the eye – this is the conclusion reached by scientists from
Langon Medical Center (New York). It is for the reason
microbial imbalance patients with contact vision correction are more
prone to eye infections.

Microbiologists from the United States from 20 people took a smear from the conjunctiva and
conducted bacteriological research. Among these volunteers
there were 9 people who wore contact lenses constantly.

If any foreign object gets into the person’s eyes,
the body perceives it as alien and it cannot pass
without a trace Given that lenses have to be worn regularly, even
they are not harmless. 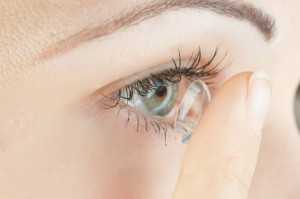 American microbiologists are now trying to figure out the exact
reasons for changes in microflora in carriers of lenses. Supposed to
Consider 2 main hypotheses: