The study of alpha amylase doctors prescribe mainly for
diagnosis of pancreatitis. However, this analysis can give valuable
information in the case of other diseases. What does the increase show
α-amylase in the blood or urine? Do I need to worry if this
figure goes beyond the norm, and there are no symptoms?

It is an enzyme that breaks down and helps digest complex
carbohydrates – glycogen and starch (“amylon” translated from Greek –
starch). It is produced mainly by exocrine glands –
salivary and pancreatic, a small amount is produced
glands of the ovaries, fallopian tubes and lungs. Bulk of this
enzyme is found in the digestive juices: in saliva and
pancreatic secretion. But a slight concentration is present in
serum, as the cells of any organs and tissues are constantly
are updated. 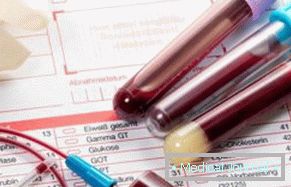 However, the study of individual fractions of amylase
rarely, only by special indications. More often
enough to determine the total amylase. In combination with clinical
her symptoms increase her confirms the diagnosis of acute
pancreatitis.

This is the most common indication for this analysis.
Amylase in this case will be enhanced precisely by
pancreatic fraction. Its molecule is small and well filtered.
through the renal tubules, so with an increase in its content in
blood, it will be increased in the urine (alpha amylase in the urine taken
called diastase).

Enzymes are proteins that catalyze the breakdown
any complex substances. Their activity is usually measured in IU
(international units). For 1 IU of enzyme activity is taken
its amount that catalyzes the splitting of 1 µmol
substances for 1 minute under standard conditions.

As a cleavable substrate in determining the activity
amylase used to use starch, iodine as an indicator
(which, as you know, stains starch blue). Less than
intense coloring of the substrate after interacting it with
the studied serum – the greater the activity of amylase in it.

Normal indicators of alpha amylase in adult women and men
do not differ and on average make 20-100 IU / l, in urine – 10-124
A piece of chalk. However, standards may vary in different laboratories.

In children, the production of this enzyme is much lower. Alpha amylase
newborns are produced in small quantities, according to
as growth and development of the digestive system increases its synthesis.

When an α-amylase assay is prescribed

Causes of increased alpha amylase in the blood and urine

If pancreatic or salivary cell damage occurs
glands, their contents in large quantities begins to be absorbed into
blood, as well as vigorously excreted in the urine. Part is recycled in
the liver. In diseases of the organs of excretion (liver, kidney) its level
also rises.

The main causes of hyperamylasemia

Related to diseases of neighboring organs

Diseases accompanied by damage to the salivary glands

Conditions in which amylase utilization decreases

ATыявление снижения этого фермента в крови имеет меньшую
diagnostic value than boost. Usually such a situation
evidence of massive necrosis of secret-producing cells
pancreas in acute inflammation, or a decrease in their
quantity in a chronic process.

Decreased serum alpha amylase may be additional
criterion for diagnosing such conditions: